About 70,000 years ago, organisms belonging to the genus Homo (man) of the species sapiens (wise) started to form elaborate social structures called cultures. Later on, another species evolved. Homo profundus!

altogether not only contributed to the making of our diving history 8,000 years ago, but also influenced its course. 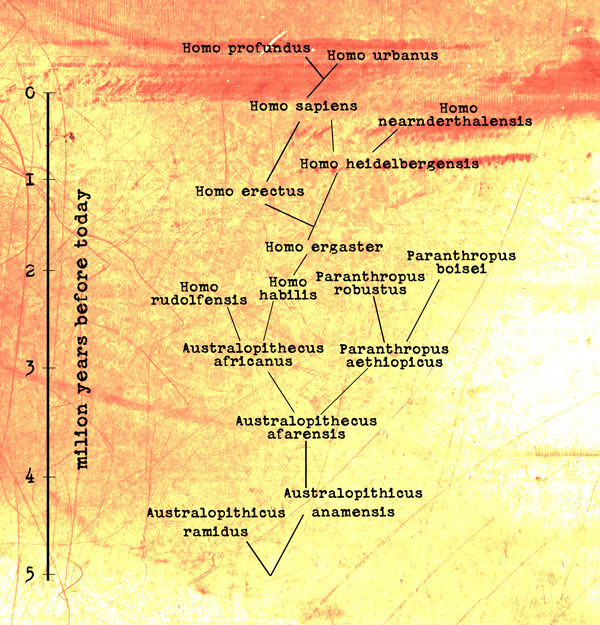 The idea is that certain animals belonging to the genus Homo, in the course of time evolved into a totally new human species, the Homo profundus.

Homo sapiens and Homo profundus belong to the same family, just like Homo urbanus, the man of the megacities.

Even though members of the same family White Grouper, Sea Bass and Blacktip Grouper are very different! In that sense, Homo profundus differs from Homo sapiens and Homo urbanus. He is unique!

Homo sapiens, the ancestor of Homo profundus, long preferred to view itself as set apart from animals, an orphan who has no family, no brothers or cousins. But that’s just not the case. Like it or not, we are members of a large and particularly noisy family called the great apes.

No! We are not coming from the dolphins, no matter how romantic and beautiful that would be.

Our nearest living relatives include gorillas, chimpanzees and orangutans! Just 6 million years ago, a single female ape had two daughters. One became the ancestor of all chimpanzees, the other is the grandmother of Homo profundus. 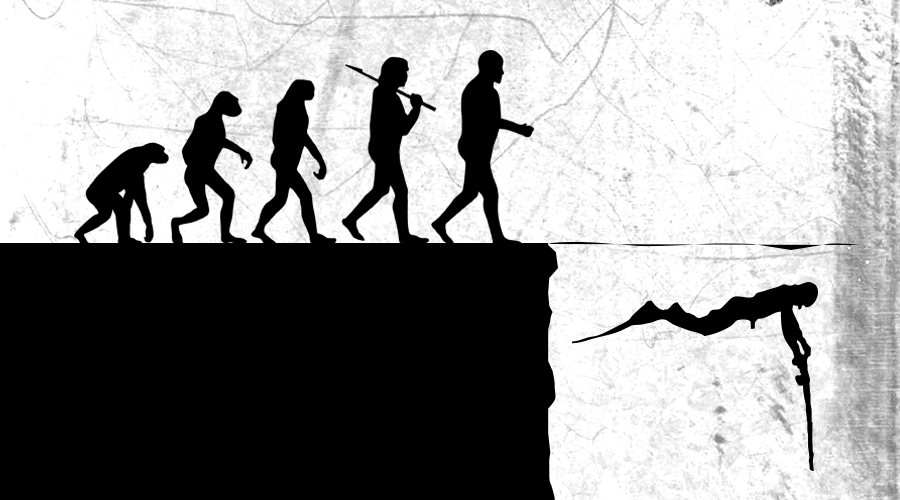 Today our brains pay off wisely because:

We assume that the super-brain, the use of tools and superior learning abilities are huge advantages. It seems self-evident that these have made humankind the most powerful animal on earth!

Genus Homo’s position in the food chain was, until quite recently, solidly in the middle. For millions of years, humans hunted smaller creatures and gathered what they could, all the while being hunted by larger predators. 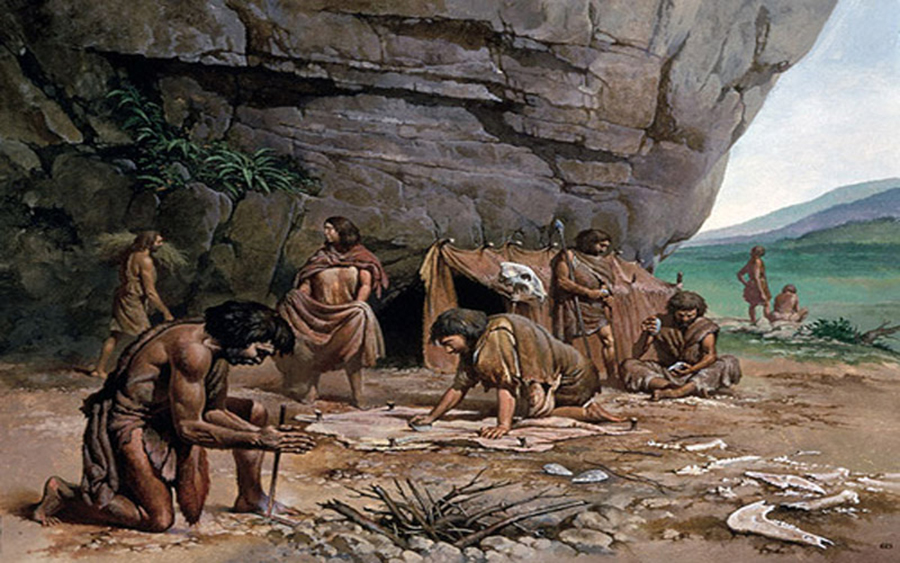 It was only 400,000 years ago that several species of man began to hunt large game on a regular basis, and only in the last 70,000 years – with the rise of Homo sapiens – that man jumped to the top of the food chain.

That spectacular leap from the middle to the top had enormous consequences. Other animals at the top of the pyramid, such as sharks, evolved into that position very gradually, over millions of years. This enabled the ecosystem to develop checks and balances that prevent sharks from wreaking too much havoc.

Due to the evolution of fishing for commercial profit, as humans became deadlier, so white seabreams (Diplodus sargous) changed their behavior, common dentex (Dentex dentex) evolved to stay and move deeper, and white groupers to be more bad-tempered. Humankind ascended to the top so quickly that the ecosystem was not given time to adjust. Moreover, humans themselves failed to adjust.

Most top predators of the planet are majestic creatures. Millions of years of dominion have filled them with self-confidence. 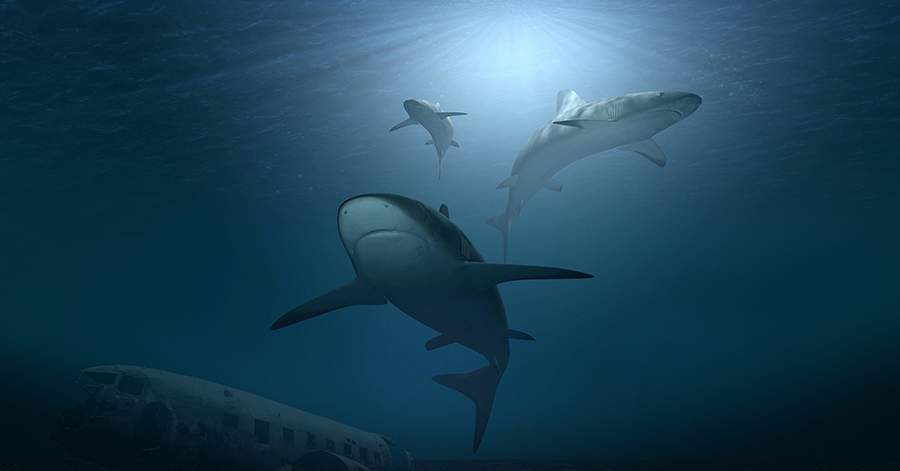 Homo sapiens by contrast is more like a dictator. Having so recently been one of the underdogs of the savannah, Homo sapiens is full of fear and anxiety over its position, which makes it doubly cruel and dangerous. Many historical calamities, from deadly wars to ecological catastrophes, have resulted from this over-hasty jump.

Homo profundus tries to defend what’s obvious: a perfectly eco-balanced 8.000-years-old diving legacy. He has invested most of his time to persuade those who disagree with his beliefs about selective fishing with one breath and modern divesport practices.

While inequality grows like a cancer, while the ecosystem is being destroyed, we can’t see the forest for the trees. 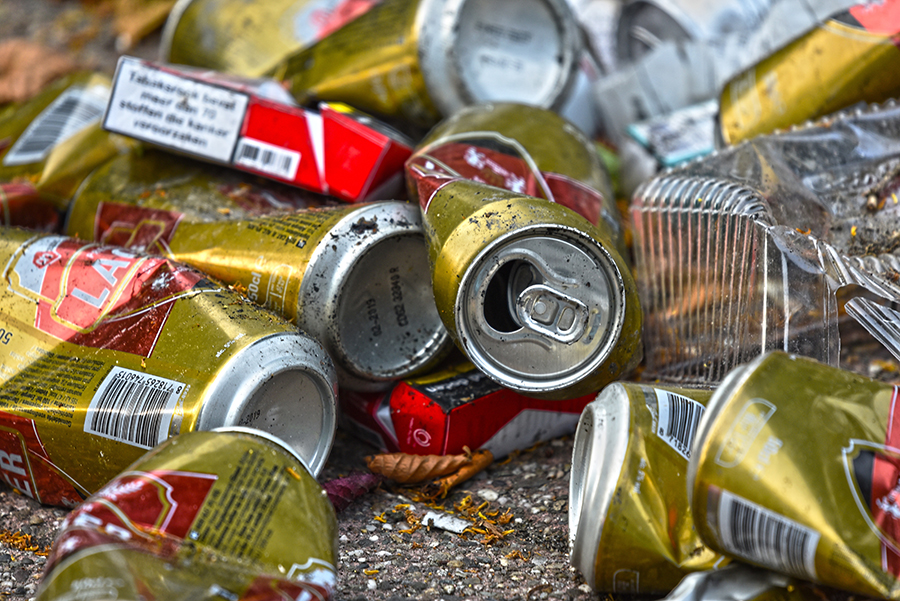 We built walls around us and all the time the real danger was inside, inside with us. This is how we have reached the point of no return begging for change, just like tigers begging to be let out of the cage.

Confession cleans the sinner soul. It doesn’t help the victim. Forgiveness is not enough. Sin is a wound, not a stain! It needs to be healed, to be treated. Public access to environmental information and mass-action campaigns are the keys to a radical change required in order to create ecological balance.

Nothing is static in universe. The life we’ve been given it’s all a change! This is why the truth about our planet is also constantly changing. It’s moving towards us! “So what? How shall we find it if it’s always moving?” someone could easily ask. “On the journey!”. This is the answer! Homo profundus isn’t just diving deep. Homo profundus is always expanding its depth of thinking. Homo profundus always seeks to find its improved version, its correction. 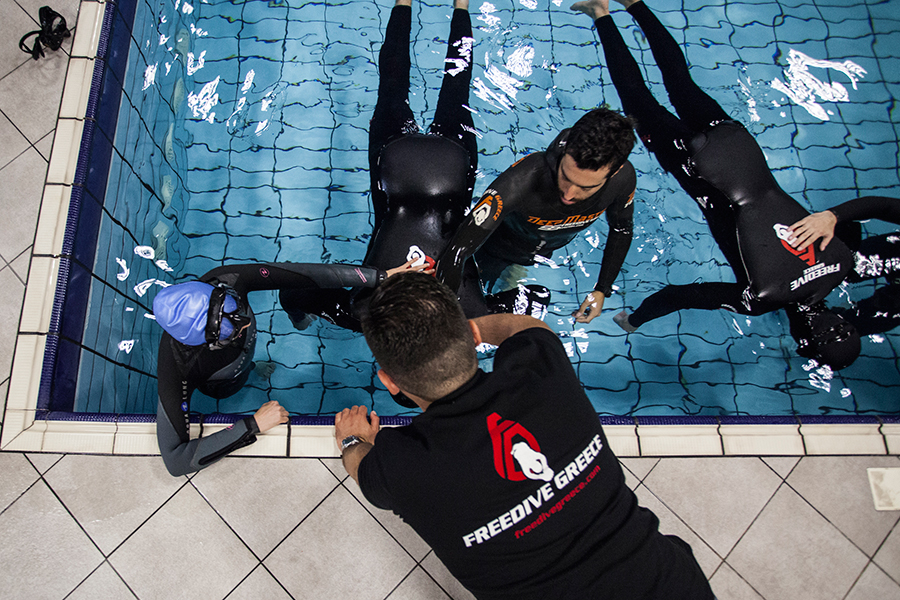 It’s a good thing that humans can be educated and socialized to a far greater extent than any other animal. Most mammals emerge from the womb like glazed earthenware emerging from a kiln – any attempt at remolding will only scratch or break them. Humans emerge from the womb like molten glass from a furnace. They can be spun, stretched and shaped with a surprising degree of freedom. This is why today we can educate our children to become Christian, Buddhist or Muslim, capitalist or socialist, warlike or peace-loving, Homo sapiens or Homo profundus.